A Fleet Fatality by John Pullin 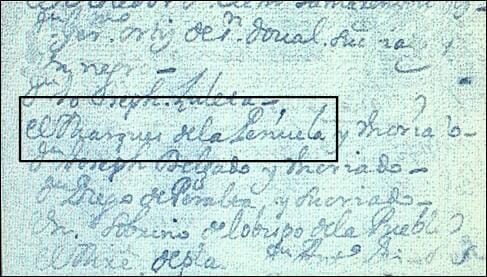 Much has been exposed regarding the events and subsequent treasures located resulting from the hurricane destruction of the 1715 Fleet. There was also an enormous loss of lives by the crew and passengers aboard the ill-fated vessels. The general tally places the number of casualties at a little over 1,000. This article is a brief historical vision into the life and fate of one of the fatalities. The story begins in Santa Fe, New Mexico.

Santa Fe is the oldest capital city west of the Mississippi and is home to the oldest chapel in America, The San Miguel Chapel. The city of Santa Fe was founded in 1609, built as a garrison by the Spanish military as they explored into this region. The chapel’s construction was begun almost immediately as a place of worship for the soldiers and their families. The initial structure was completed in 1610. The period of 1610 to 1680 was marked by a continuing struggle of the invading Spaniards against the numerous native American tribes inhabiting the geographic area. In 1680, a collective group of native peoples attacked all the Santa Fe Spanish structures and inhabitants, killing approximately 400 Spanish individuals, their families, and servants. All structures in Santa Fe were burnt and destroyed except for the palace of Governors and the San Miguel Chapel. All the Spanish inhabitants retreated to Mexico. This incident is now known as the “pueblo revolt “. In 1693 the Spaniards returned with a more lenient attitude towards the native population and an uneasy period followed. There were continuing and frequent incursions and disturbances as the native population was not in a trustworthy mood. These incidents continued into the early 1700’s when a new governor was sent from Spain.

José Chacón Medina Salazar y Villaseñor, later granted the title of “Marquis de la Peñuela” was appointed governor in 1705 by King Phillip V. He was born in Seville, Spain in January of 1668. As a young man he joined the military and reached the rank of Marine Admiral. By a decree of March 14, 1705, he was appointed Captain General and Governor of Santa Fe de Nuevo Mexico.

At the time of his appointment, he was still living in Spain. At the same time the War of Spanish Succession (1701 – 1714) was raging throughout Europe and the New World. As a result, he, and his family (along with 4 male servants, 4 maids and 1 black slave) had to wait a full year before gaining passage on a heavily armed flotilla that left Spain in the spring of 1706. On March 27th, 1706, his vessel landed in Cartagena and then proceeded to Veracruz by sea and across land to Mexico City. After assembling his governing and military escorts he proceeded thru the perilous Apache territory and arrived in Santa Fe assuming his duties on August 1, 1707.  His skills as a soldier and leader enabled him to maintain territorial discipline and continued to ease local tensions.

Today he is well known by the residents and school children of Santa Fe for his role in rebuilding the San Miguel chapel. During the events of the pueblo revolt, flaming arrows ignited and bunt the roof of the chapel. Years of neglect thereafter altered the integrity of the walls and foundation. Assisted by Spanish engineers and native labor Peñuela rebuilt the structure. At the entrance there is a beam engraved to commemorate the completion. It reads “El Señor Marquez de la Peñuela Hizo esta Fabrica el alferez real Don Agustin Flores Vergara su criado Año de 1710”.

TRANSLATION: “The Marquis de la Peñuela, this structure was made by the Royal Ensign Agustín Flores Vergara, his servant, year of 1710”.

The governor’s term expired in 1712. He gathered his family and staff and others wanting a guarded convoy and returned to Mexico City. Not much was known about him since this departure. Research by our Fellow 1715 Fleet Director and noted historian Jorge Proctor located a document listing names of fatalities incurred with the destruction of the fleet. Incredibly, the name of Marquis de Peñuela is on the list of those that perished on Ubilla’s flagship.

My thanks and appreciation to Jorge Proctor and Phil Flemming for their assistance and contributions.