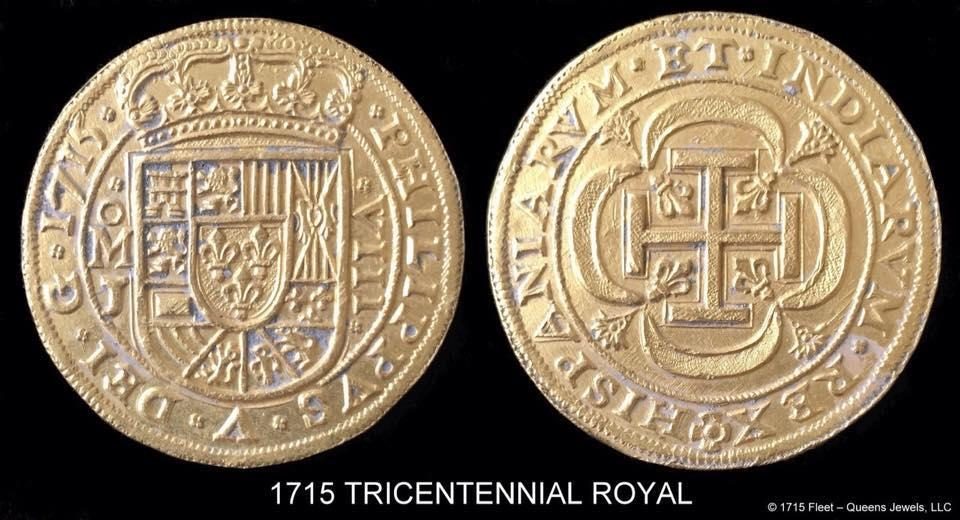 As I was in my office recently reviewing my work schedule, it occurred to me that last year at this time I was in Florida working the events associated with the 300th Anniversary of the loss of the 1715 Fleet.

Known as Commemoration Week, a whole host of programs were scheduled by the Fleet Society in conjunction with other groups and organizations from Sebastian, Florida to Ft. Pierce, Florida. The Indian River Main Library, The Indian River County Chamber of Commerce, The Sebastian River Area Chamber of Commerce, The Mel Fisher Museum, West Bay Trading Company, The Treasure Coast Coin Club and McLarty Treasure Museum all helped to make the week a memorable event worthy of an Anniversary.

What made Commemoration Week even more memorable were two major Fleet related recoveries that occurred in June and July of 2015.

On June 17, 2015, members of the Schmitt family who were sub-contractors of Queens Jewels, LLC at the time, found a cache of gold coins including a superior fully dated 1715 eight escudos gold Royal pictured above. (Douglas Beach wreck site, near Ft. Pierce, Florida).

Then on July 30 – 31, 2015, the 300th Anniversary of the loss of the 1715 Fleet, Brent Brisben and his crew of the Capitana (Queens Jewels, LLC) made a larger recovery including 302 gold coins and 7 Royals. During the following two-week period, August 1 – 13, 2015, the crew of the Capitana found another group of gold coins, including two Royals for a total of over 350 gold coins. (Corrigan’s wreck site, near Vero Beach, Florida). 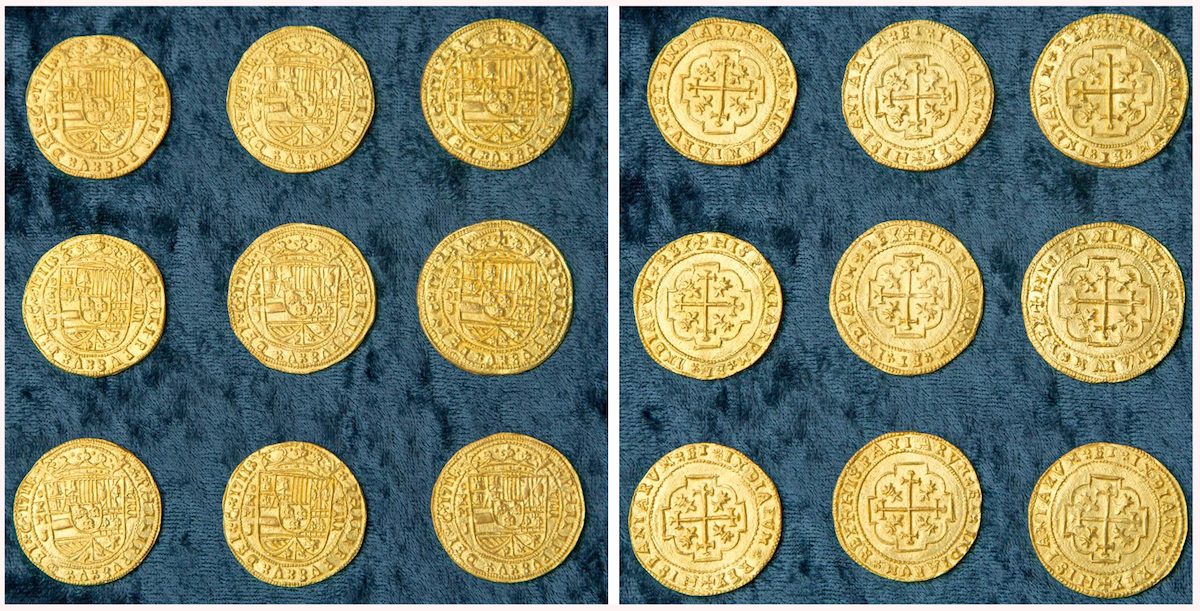 If anyone would like to reminisce a bit about this most exciting week, I have gathered notes, pictures and comments from last years report which you can access here.