February 2018 Treasure of the Month 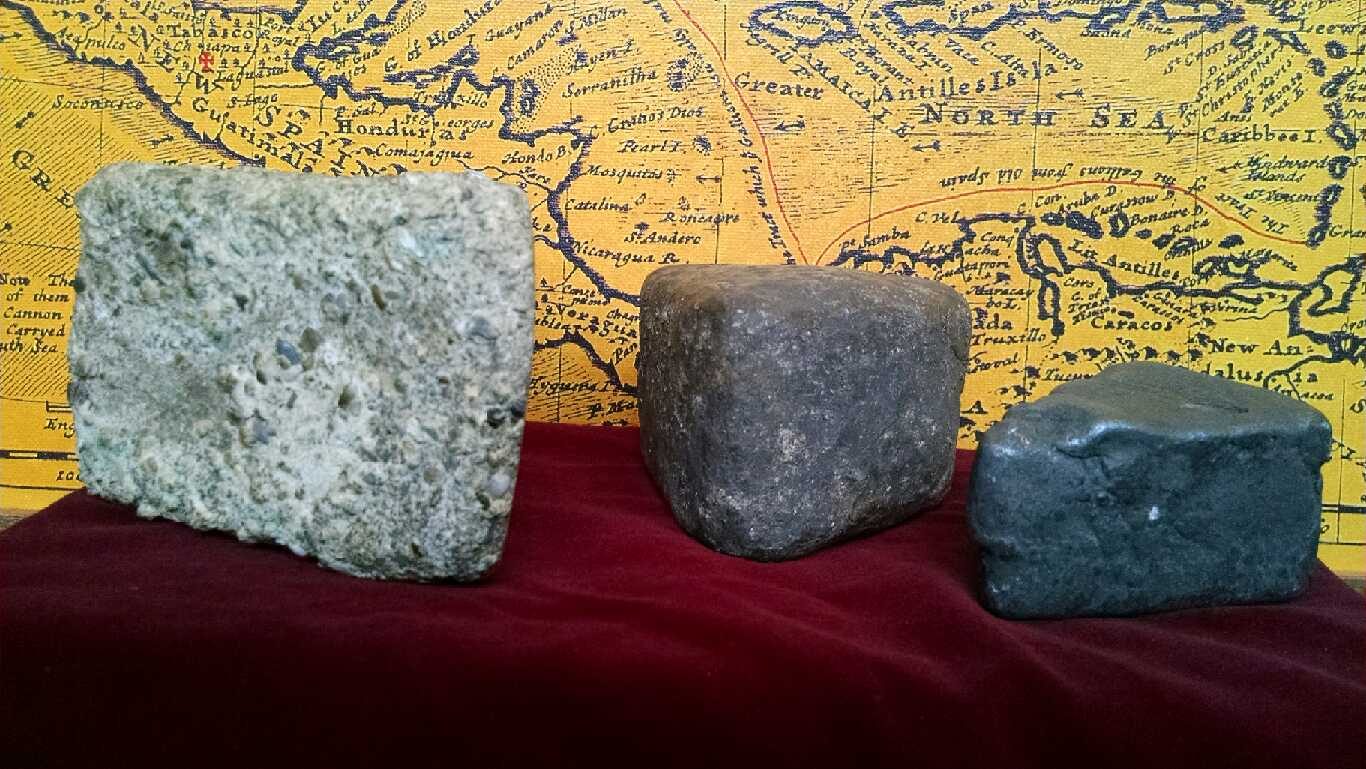 Our monthly treasure offerings for February are these three impressive silver wedges that represent a small sampling of silver wedge ingots found on the wreck sites of the 1715 Fleet. These represent examples of contraband that were smuggled onboard ships headed for Spain. Fleet Society Director, Ernie Richards, adds additional commentary on the wedges, stating:

“In addition to the registered treasure, we now recognize that substantial quantities of untaxed and unregistered contraband gold and silver were often smuggled onboard the larger, heavily-armed guard galleons.

“By the time of the 1715 Fleet’s sailing, the illicit practice had developed of hiding unmarked silver in the form of thick, pie-shaped wedges. Presumably, they could be arranged to fit tightly in the bottom of a wooden cask or barrel and then covered over by some commonly shipped cargo. This can be seen by these examples which vary in size and weight.

“None of these wedge ingots show any evidence of having been formally assayed or stamped in a foundry.”

Each wedge is more fully described in the text below. 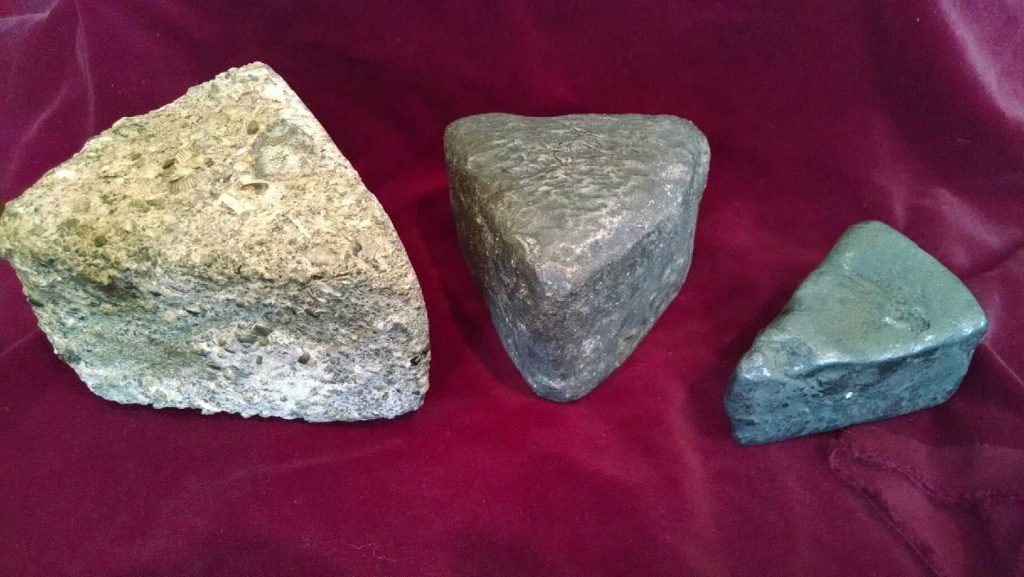 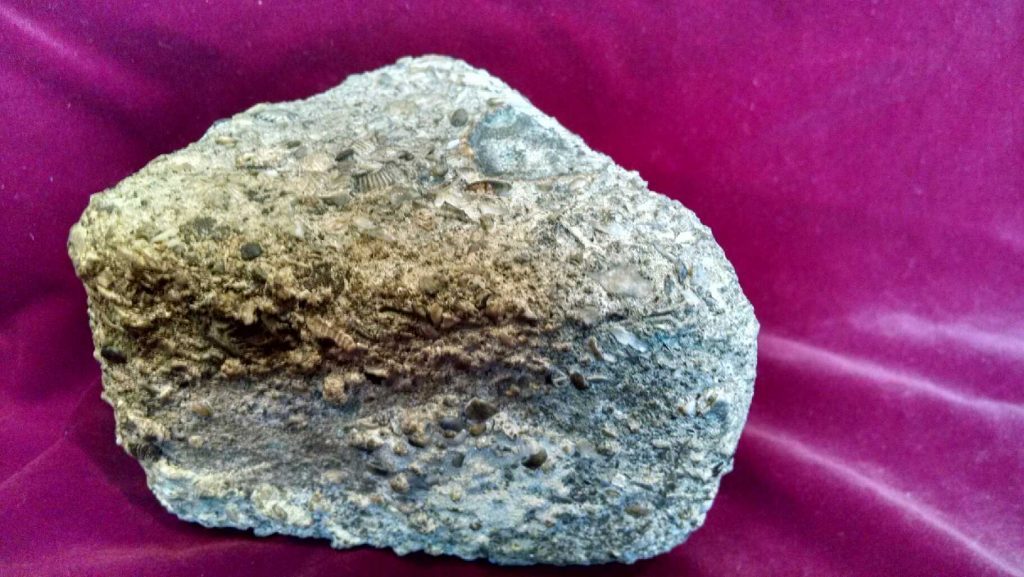 The wedge in the image above, the largest of our trio, weighs approximately 4.5 pounds (the exact weight is not known). It measures 3.5 inches x 4 inches x 3 inches. As can be seen, this piece if fully-encrusted with small shells and other sea deposits which give it an impressive appearance. 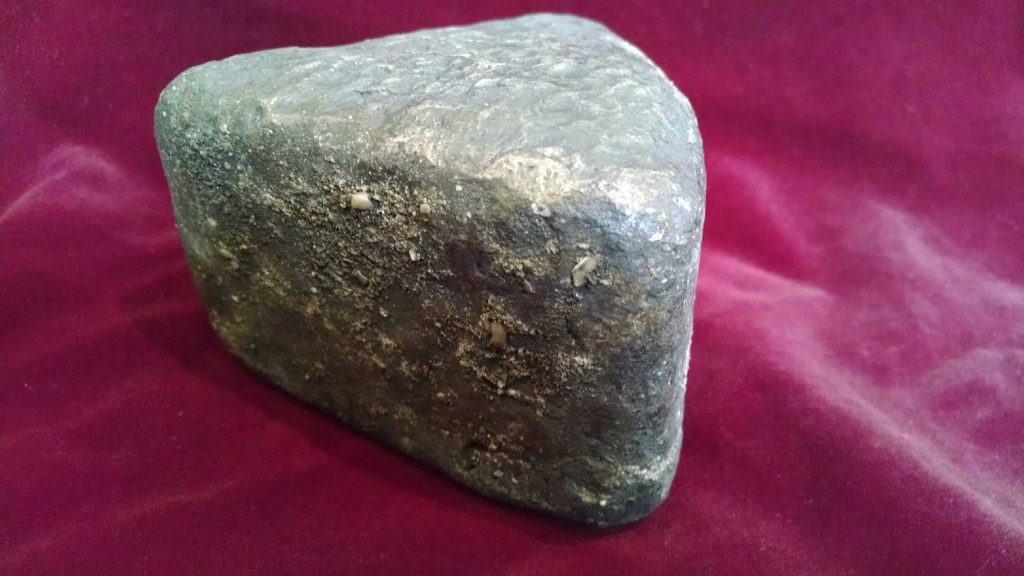 Our second example, pictured above, is 968 grams measuring 3.5 inches x 3 inches x 2 inches. It has no markings, with dark surfaces as uncleaned. 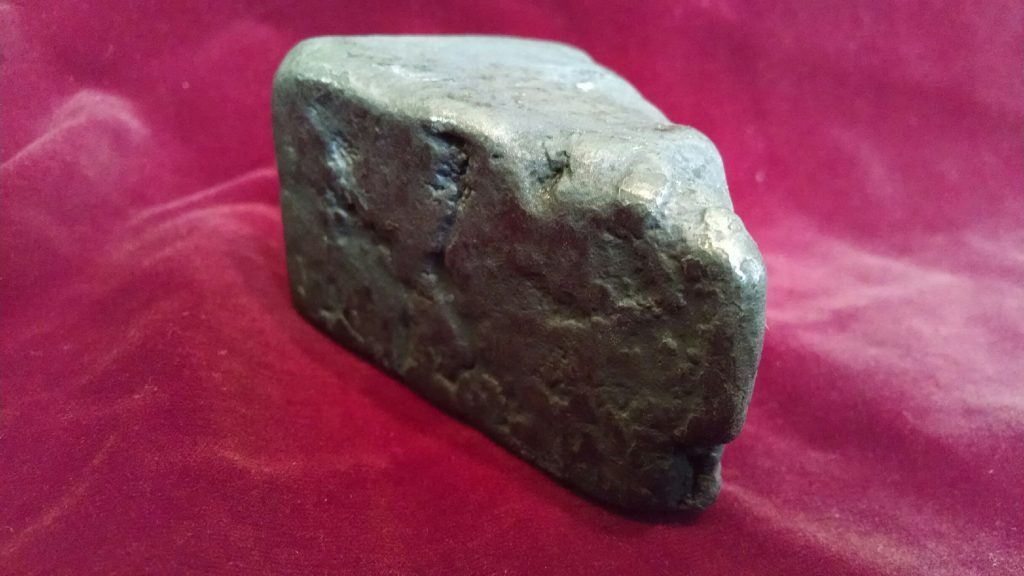 The baby of the group is actually making its second appearance as a treasure of the month (See December 2013 Featured Treasure). Although small in size, it weighs a whopping 813.3 grams – almost as much as its larger brother featured above. The reason for the weight discrepancy is not known, though it is surmised that some of the larger wedges were hollow inside.

To view other wedges, see August 2013 Treasure of the Month featuring several wedges among numerous silver coins and other artifacts.

Many thanks to Fleet Society Director, Ernie Richards, for providing much of the text for this special post. For more information about silver bars and wedges, see Chapter 9 of SPANISH TREASURE BARS From New World Shipwrecks by Alan K. Craig and Ernest J. Richards, Jr., 2003.

1 thought on “February 2018 Treasure of the Month”