May 2021 Treasure of the Month 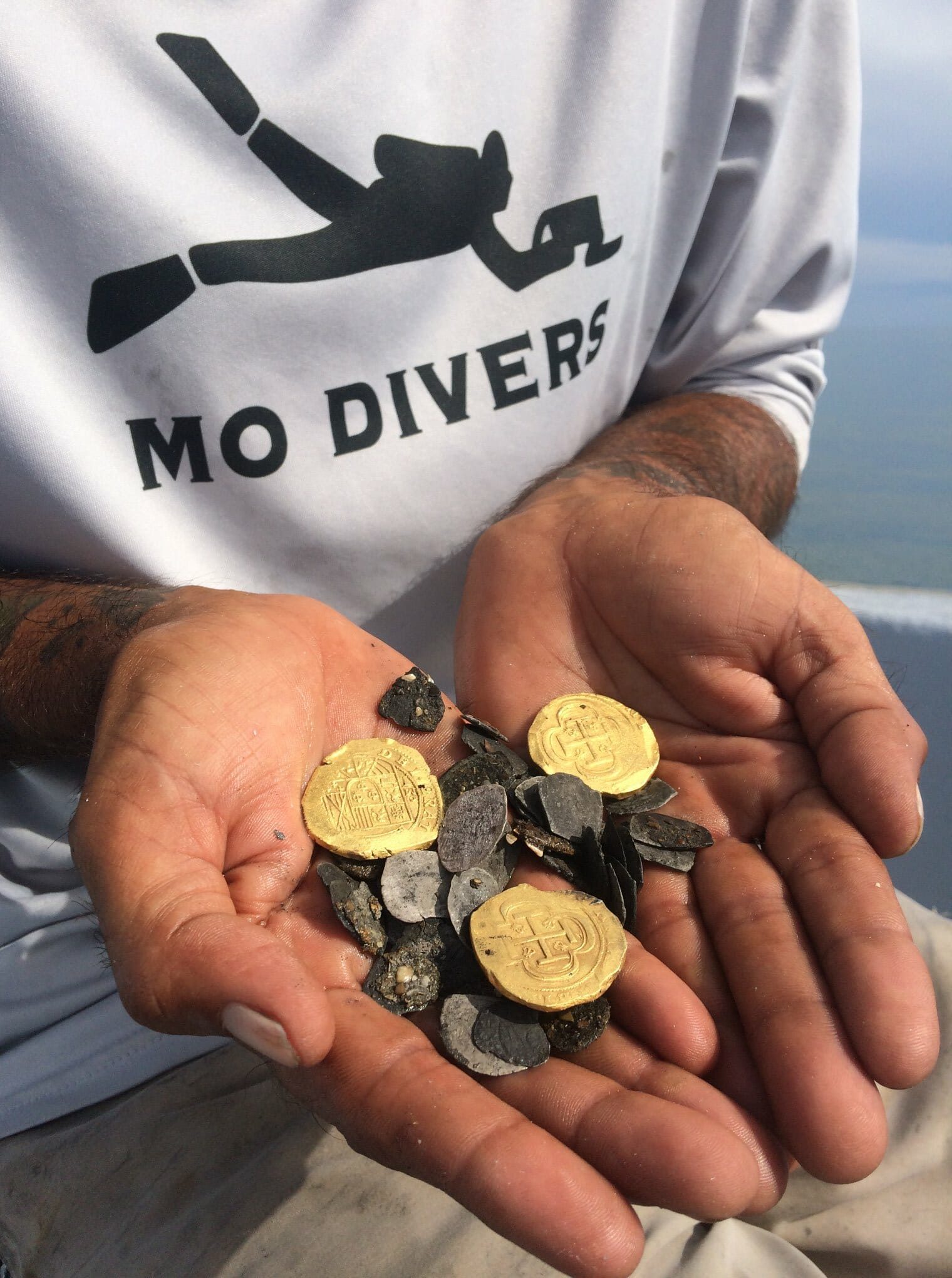 In 2019 Captain Mike Perna of the Mighty Mo recovered several (actually seven) gold coins (known collectively as “cobs”) produced by the Spanish colonial mint of Mexico City. All of the cobs were dateable to 1714. But, the astounding feature of the find was that all but one were “GRATS”. GRATS are specially minted Mexico City cobs that differ from other gold cobs minted in Mexico City in the year 1714. The GRATS, or date on reverse coins, were a single die series at the beginning of the 1714 mintage. The GRATS were condemned and did not last long as the single GRAT die was overstruck with a 1714 date before it was used very much.  At least one expert has concluded that no more than 1000 – 2000 GRATS were struck. Most gold cobs from Mexico City have dates on the front, or obverse, side on the coin. With GRATS, however, the 1714 date on the front is replaced with the word GRAT and the 1714 date is on the reverse.   Six of the seven gold coins found were of the GRAT variety. It is almost unheard of that so many of these special coins would be found together in one small group. In addition to the gold coins, over five hundred silver coins were also found many of them on the last day of the 2019 dive season!  According to Captain Perna, these coins were recovered in about 12 feet of water and under 5 feet of sand. All in all, just under 1,000 silver coins were found in the 2019 and 2020 dive seasons by Mike and his crew.

Figures 1-4 (below) are images of the four gold cobs found during the 2020 dive season. Notice how the coins in Figures 1 and 4 differ from the coins in Figures 2 and 3. The “1714” date on the front, or obverse, of Figures 1 and 4 is a distinctive die variety. Whereas, Figures 2 and 3 which are GRATS, feature the date on the reverse at the 12:00 position. Figure 2, however, has a faint trace of a date. Figure 3, has no date at all which was a common problem with this design, which was one factor leading to the elimination of this series.

Much of the information contained in this post is from a personal interview with Captain Mike Perna. We would like to thank Mike for taking the time to discuss his find with us. Also, special thanks to Director Emeritus, Ernie Richards, for other information used in this post.