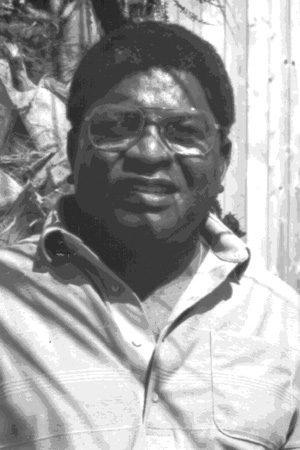 The shipwreck salvage community was devastated by the news on April 24th that our Dear Friend and Idol, Mo, had died suddenly, at home, the day before. It is almost inexpressible — the sinking hollowness that this jingling on the e-mail grapevine brought to us. I have never received or sent so many e-notes on any subject previous to this one.

I had just spoken with Mo at the sub-contractors’ meeting in March, where he came up to me and said, “Ernie, I need to talk with you; I have your number at home and will call you.” That call never came … for some reason or other. Now, he can never tell me what he needed.

At his service, Ellie and I went up to him, and I said, placing my hand on his shoulder, “Mo, you should have called. I would have answered. Thank you for being the friend that you were, and thank you for being the guiding light for so many of us who followed you. You have a big place in our hearts … forever. Vaya con Dios, Buen Amigo.”

In the photo above, Mo was attending one of the many annual subcontractor meetings held at the Holiday Inn Oceanside in Vero Beach. You know, right across A1A from Route 60 at the Atlantic. He was saying (thumbs up) “Awrriiight”, a “hippie” expression he latched onto in the ‘70s. Bob Weller had asked me to take pix of all the movers and shakers attending that day so we could continue writing the articles, books and magazines that we put out over the next 20 years. I took each “subject” out in front of the motel, in turn, and “shot” him under a palm tree in the parking lot.

A humble, black, Panamanian engine mechanic, Mo was reluctant to correct the way anyone spelled his name … or what they called him. His given name was Demostenes, variously spelled Demosthenes or Demostines. It was easier to call him “Mo” …as Mel Fisher first called him… and even that was alternately spelled “Moe”. Another of the monikers he responded to from close friends was “Mo-Mo.” In his native tongue, his family name, Molinar, translates to “a place where there are mills … or a milling-plant”, likely derived from where his predecessors originated or what they did for a living. Best known as “Mo Molinar”, he was …hands down… the person who found more gold treasure on Florida shipwrecks than anyone else in the business!

Mel Fisher first hired Mo, when he met him in Panamá, on an excursion into the Caribbean from California on a search for treasure. Mel, always the promoter, had asked Mo, “Do you want to go to Disney Land?”

In a short time, Mo realized that hunting sunken treasure was what he wanted to do, and he joined Fisher in a fantastic journey that lasted for decades. As far as I’m concerned, Mo had the Midas Touch. It was he who first saw the famous “carpet of gold” at the 1715 site of the NIEVES (or “Colored Beach”) at Fort Pierce, where he surfaced with a 7-1/2-pound disc of solid gold, laying the grounds for that stretch of Florida strands being named the “Treasure Coast”.

It was also Mo who discovered some of the earliest gold valuables and artifacts from the fabulous treasure wrecks of the Atocha and the Santa Margarita of 1622 off Key West. When he and his now-famous salvage vessel, Virg-A-Lona, returned to the Treasure Coast of Florida, Mo was to garner further fame as a treasure-finder by recovering nearly 1,000 Spanish colonial gold coins of the 1715 Fleet in the 1980s. During all the ensuing media to-do, Mo maintained his humble demeanor and was successful as owner of “Mo Divers” and an inspiration to us all in the industry. What a loss!

We who could reach Ft. Pierce on such short notice, and those of us at a distance, were physically and spiritually present at Mo’s final tribute in Fort Pierce on 28 April 2011. Good-Bye, Good Friend!

Demostenes Molinar is survived by his wife, Mary, his sons Dexter and Demostenes, Jr.; his daughters Estel of Panamá and Tanita and Jolla of Ft. Pierce; sister Adelaida Aikens and brother José Molinar of Panamá; three grand-daughters and two grand-sons; and a host of other relatives. His many, loyal friends and followers are innumerable.

Stories about your personal connection with Mo are gratefully appreciated by his family.

2 thoughts on “In Memoriam – Demostenes Molinar”